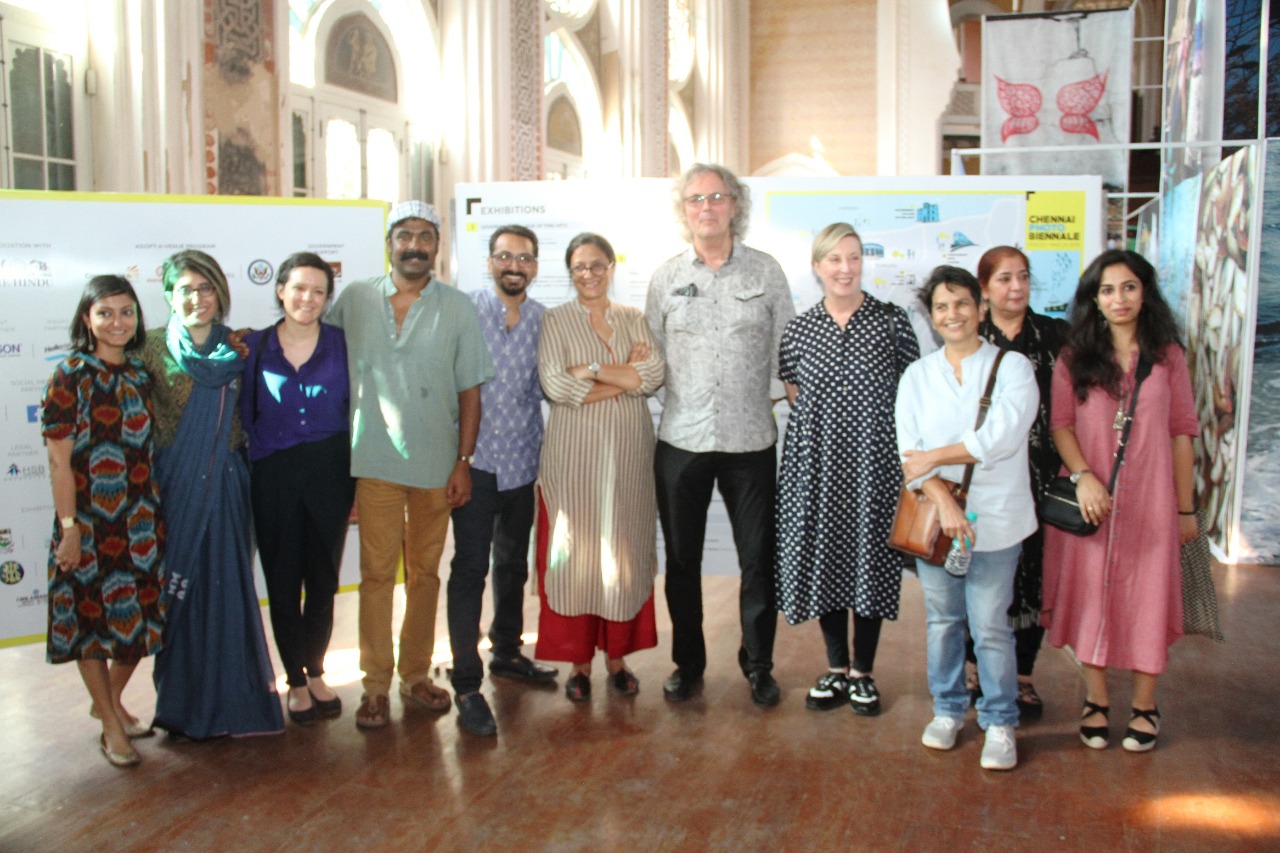 The second edition of Chennai Photo Biennale (C`PB), an international biennale of photography, will be held between 22 February – 24 March 2019 with large scale exhibitions in a variety of public spaces, showing works by over 50 artists in print from 13 countries across the city of Chennai. Alongside the exhibitions, the Biennale will include an extensive programme of artist talks, workshops, films, projections, residencies, skill development in photography and much more.

The Biennale, co-founded and co-organised by the CPB Foundation and the Goethe-Institut/ Max Mueller Bhavan, Chennai, has chosen renowned sculptor and photo performance artist, Pushpamala N. as the Artistic Director for the second edition. The philosophy for this edition is Fauna of Mirrors, an old Chinese myth that talks about an alternate universe that exists behind the mirror, another dimension which is home to unknown creatures and unknown worlds. Pushpamala N. explores the myth to see if the practice of photography is a reflection of modern life, creating a parallel world of images – familiar yet strange, perhaps friendly and intimate, sometimes mysterious and hostile – but always magical. The curatorial concept uses the ancient fable to ruminate in a philosophical and poetic way around photography today.

“The Chennai Photo Biennale seeks to expand the field of photography with a terrific array of photo-artists who use the language of photography to speak to the world. Set in important historical and contemporary venues across the city, the Biennale will be a thought-provoking, spectacular and entertaining public festival” Pushpamala N, Artistic Director, Chennai Photo Biennale 2019 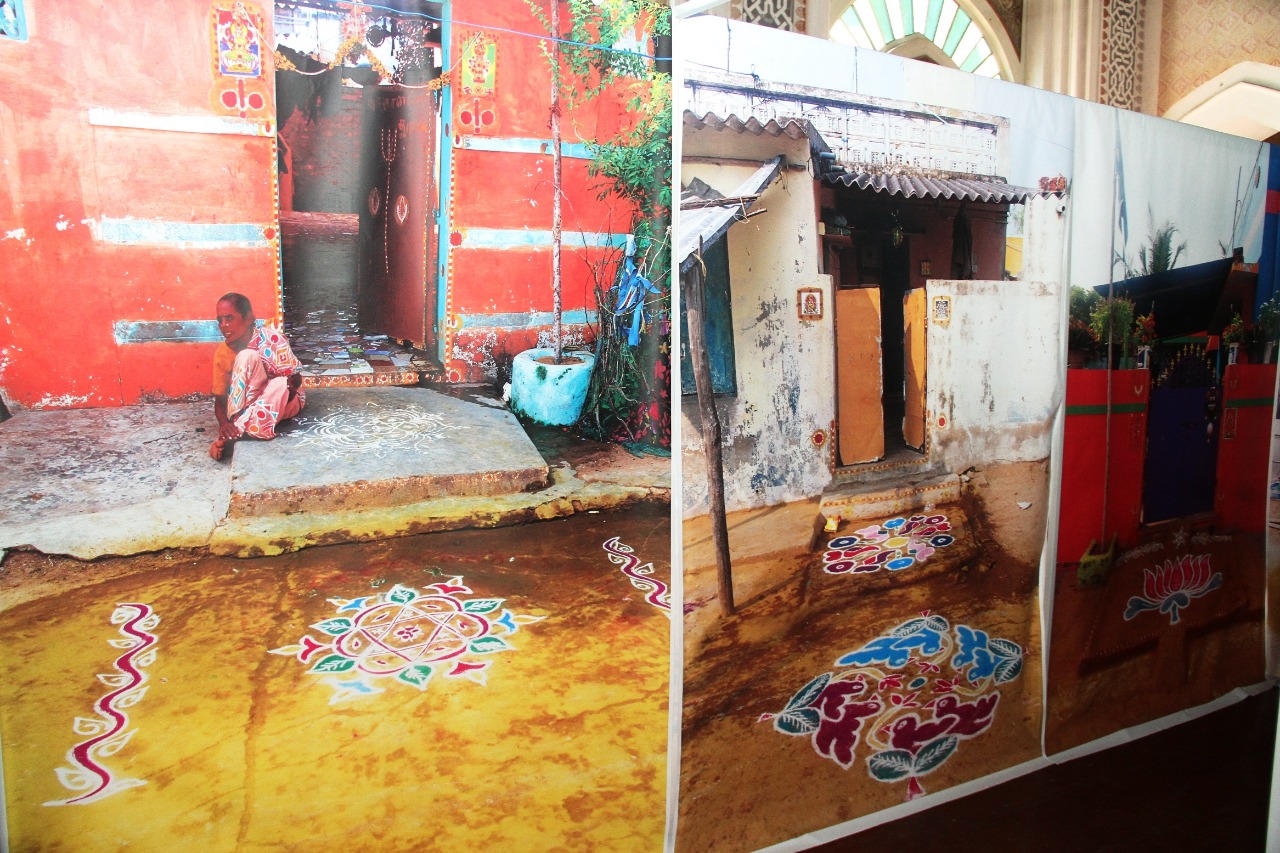 One of the highlights of the Biennale is the International Photography Conference, 16 – 17 March (to be held at the historic Egmore Museum Theatre), the first of its kind in India and open to all. The title of the conference is Light Writing: The Photographic Image Reloaded and it is supported by the Shergil-Sundaram Arts Foundation and presented by Savera. The conference will include a dynamic program of artists, curators and scholars from different parts of the world who will present papers and discuss the state of photography today. Speakers include Ashwini Asokan (India), Diwas Raja KC (Nepal), Emeka Okereke (Nigeria), Kristoffer Gansing (Germany), M.K. Raghavendra (India), Rashmi Sawhney (India), P. Sainath (India), Sabeena Gadihoke (India), Satyajit Mayor (India), Shela Sheikh (UK), T. Shanaathanan (Sri Lanka), Y.S. Alone (India), Zhuang Wubin (Singapore).

“As a photographer and artist, I have travelled to photo festivals and art biennales around the world and returned inspired by the quality of exhibits and the sense of community that these events foster. Chennai Photo Biennale aims to establish a much-needed home for photography in India which brings together practitioners, allied arts, curators, gallerists and the general public to elevate the medium in the region.” Varun Gupta, Founder, Chennai Photo Biennale.

In its second edition, a key initiative that the Biennale wanted to undertake was to work with students at an early stage of learning. The CPB Education Program was launched in November 2018 and has run iPhone photo camps in schools across Chennai with 265 students (ages 10-16) which will also continue after the Biennale. An advanced residential photography workshop with 25 selected students was conducted between 1 – 3 February 2019 and the resulting works will be showcased at the Biennale.

The Biennale aims to engage and enrich diverse communities and encourage viewing photography in a more democratic and accessible way. By energising venues all over Chennai, the Biennale hopes to enhance the cultural offering of the city to residents and visitors alike. Locations include Senate House – the University of Madras, Government College of Fine Arts, Government Museum, Madras Literary Society, Southern Railway: Chennai Mass Rapid Transit System (MRTS), Cholamandal Artists’ Village and Art Houz Gallery with many of the exhibitions adapted to the exceptional architecture and ambience of the venues.

The Biennale includes international artists, many of whom have been supported by Foreign Cultural institutions in India including the British Council, InKo Centre, Canadian Consulate, Institut Français, Japan Foundation and Pro-Helvetia Delhi.

“Goethe-Institut Chennai focuses on public art, bringing art to frequented and unexpected urban spaces, sharing ideas openly, initiating new conversations in the city for public impact. In a fast-growing metro like Chennai, in “Incredible India” that continues to be shaped by so many divides, this seems obvious. From the very start, there has been the vision to create a big and meaningful photography event accessible for everyone: Chennai Photo Biennale!” – Helmut Schippert, Founder CPB and Director, Goethe-Institut / Max Mueller Bhavan, Chennai

Notes to the editor

CPB is an international Biennale of photography, which takes place in Chennai across several historical, art and public venues in the city co-founded and co-organized by the CPB Foundation, a non-profit trust and Goethe-Institut Chennai. Besides exhibitions, there will be an international seminar, workshops, film screenings, talks and performances. The city will be immersed in photography in various forms during the course of the Biennale. This will be a premier visual art event and a benchmark in the cultural scene of Chennai and India. While the first edition was modest, the 2nd edition will be more ambitious in content and engagement.

The CPB Foundation is a non-profit charitable trust engaged in promoting photographic art, meaningful socio-cultural discussion and educational activities. Active around the year, the Chennai Photo Biennale is its primary activity.

The Goethe-Institut is the Federal Republic of Germany’s cultural institute, active worldwide. It encourages international cultural exchange and promotes the study of German abroad. In Chennai, it has been deeply entrenched in public engagement projects.

Varun Gupta is a Kolkata-born freelance photographer who returned to Chennai, where he now lives, after a five-year stint in USA. His personal work revolves around his life as a passionate traveller. Varun has been involved with public arts for a decade in Chennai, forging the groundwork for Chennai Photo Biennale of which he is the co-founder and Biennale director.

About Helmut Schippert, Founder CPB and Director, Goethe-Institut / Max Mueller Bhavan, Chennai Helmut Schippert has been working with Germany’s cultural institute for 33 years, most of them abroad in Cairo, Santiago de Chile, Paris, Mexico City and, since 2014, Chennai. Being a specialist in international communication and cooperation, in Chennai he has focused on change projects with public impact, like new approaches to the urban water crisis or the implementation of a major contemporary art event: the Photo Biennale!

Often known as “the most entertaining artist-iconoclast of contemporary Indian art”, Pushpamala is one of the pioneers of conceptual art in India and a renowned photo and video-performance artist, sculptor, writer, curator and provocateur. She is known especially for her sharp feminist work, her rejection of authenticity and embracing of multiple realities. In her collaborations with writers, theatre directors and filmmakers, she seeks to subvert the dominant discourse. Starting her career as a narrative sculptor, she began working in staged photography and photo-performance in the mid-1990s and has been a major influence on the photography scene in the country. Her richly layered and inventive work uses the idea of cultural memory to explore contemporary society with irony and wit. She exhibits widely in India and abroad in solo shows, Biennales and museum shows. In 1996 she created a fictional institute in Bengaluru named Somberikatte (Idler’s Platform in Kannada) through which she conducts talks and seminars. Pushpamala N. lives in Bangalore and her work can be seen at www.pushpamala.com